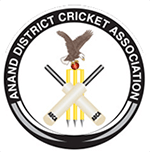 Our activities are as under

Our association has built beautiful stadium with well air-condition dressing rooms. We have also constructed gym for physical fitness of players. our pitches are prepared under the guidance of BCCI pitch curator. We are planning to have astro turf pitches.